When Two Feathers Fell From the Sky
Cherokee America

I'm happy to be in the company of Cheryl Strayed, David Sedaris, Flannie Flagg, Jodi Picoult and a dozen other American writers who provided Frommer's with ideas for their Best Places to Travel in 2021. Frommer's asked for overlooked destinations which speak uniquely to the American experience. I picked Fort Gibson, OK, a place I truly love, and one awash in American history.

My conversation with Roxana Robinson, Bobbie Ann Mason, and Annette Clapsaddle on historical fiction. Taped for the 2020 Kentucky Book Festival, during the pandemic. 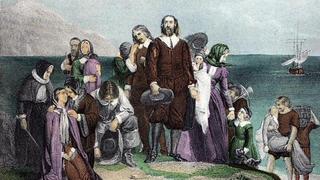 I was delighted that BBC Radio3 asked me to participate in their commemoration of the 400 year anniversary of the sailing of the Mayflower by talking about how and why Squanto came to help the Pilgrims.

I'm happy that the independant booksellers who sponsor the Reading the West Awards have included Cherokee America on their Adult Fiction shortlist. There's a public voting component to this award, and I hope you'll vote to help Cherokee America win. But, win or not, being shortlisted is an honor. Voting starts April 20, 2020. The picks are announced on May 20.

I am thrilled by Cherokee America being named the winner of the Spur Award for Best Traditional Western by the Western Writers of America. It's particularly gratifying to recieve an award from other writers. And this group of writers includes both novelists and historians, all specializing in the West. I could not be happier for this book. You know, you write a book and send it out into the world, hoping for the best for it and for it's characters, and then you don't have any control. Good things happen to it, or not. It's a lot like being a parent. You do the best you can do, and then just hope and pray.

I’m just thrilled to see Cherokee America has won the Spur Award from the Western Writers Association. Margaret, your work is superb, both in terms of its literary mastery and in terms of its achievements in storytelling. Where the finalist’s list for the Pulitzer (which you enjoyed with Maud’s Line) may place some extra weight on the former, Cherokee America receiving this year’s Spur Award is definitely recognition of the latter. You evidence both in delightful combination. I cannot wait to preorder your next novel

I think of myself as a novelist and rarely even recall my published short stories. But I've been contacted recently by students who are studying "Feeding the Ducks" in their Film and Fiction class at Arkansas State University. My answer to a question one student asked may be helpful to anyone new on the writing path, so I provide it below:

Is there a particular reason you choose to set your story where you did?

"Feeding the Ducks" is set in a small town in Western Kentucky. I visited that town a lot as a child and played there with my cousins. I think small towns (and constrained settings in general) are useful places to set fiction. People rub against each other in tight settings in ways they don't in larger ones. My two novels are set mostly in a particular river bottom and an adjacent small town. The novel I'm working on now is set in a park in Nashville. I think you get more opportunities for conflict if you constrict your setting.

I recieved word of this yesterday morning when I was congratulated by someone on FB. I hadn't had any coffee, and didn't realize at the time the online version of this list came out ahead of the print version. I haven't seen the print yet, but look forward to savoring it, and, also, to reading about the other 99 books. I don't think lists like this one are perfect. Maud's Line wound up as a finalist for the Pulitzer and was left off every list in the country, and all lists are a matter of taste. But they are important to working authors, and for the education of the reading public, which is overwhelmed with choices. So I'm thrilled. Yes, I am. Thank you, New York Times.

I reported to my editor the trouble two people at the OKlahoma Book Festival told me they were having with seeing Sequoyah's syllabary correctly depicted in their e-book copies. She investigated, and her sources told her that all the major e-book formats are displaying the characters accurately. If you're having trouble, could you leave me a message including what type of device you are using? My editor, publisher, and I want to get this straightened out. Thanks.

I'm not much of a blogger. I prefer the long form of a novel to say what I want to say. But occasionally I'm asked the same questions again and again, and that's made me realize other people I don't meet in person probably wonder about the same things. So I'll use this space to answer those questions when they come to my attention. I'll also use it to spread information I learn from my audiences. Today, in this initial entry, I'll do both.

First, I've heard a lot of opinions about which book, Maud's Line, or Cherokee America, to read first, as they are linked by four of the same characters and by the land on which they're set. Maud's Line was published first, and many people have told me that after they read Cherokee America they went back and re-read Maud's Line and found it to be an entirely different book. All of those people enjoyed that experience, but I imagine a lot of people wouldn't want to read a book twice.

So I'll give you some information and let you decide what's best for you. Maud's Line is the easier book to read. It's straightforward, centers on one character, and is more culturally familiar to non-Cherokee readers. But Cherokee America, set 52 years earlier, provides the historical context for really understanding Maud's Line. It is richy multi-layered and there's a lot going on in it, some of which you may not catch if you read it only once. It also is much more "Indian." It takes you out of yourself and transports you into an entirely different world. That's what a lot of people read for, but it takes more intellectual power to enjoy.

The second thing I want to address arises from information I was given last week at the Oklahoma Book Festival. A couple of people in the audience told me that the Cherokee language in Cherokee America is represented only by boxes in the ebook verision. This is really a violation of the vision of the book and the plot, as the later turns on the use of Cherokee. I also know that the ebook version makes it hard to refer to the cast of characters at the beginning, something most readers will need for about 100 pages until they get the people down. Therefore, I strongly recommend you buy a print version of this book. For Maud's Line, I don't think it matters. I read mostly in print for a variety of reasons, including comprehension, but I know sometimes ebooks are more convenient.

I'm reading Cherokee America, & yes, I find it takes all of my attention. It's a wonderful novel, gritty & visual, not the least romantic.